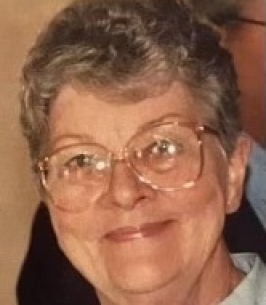 Jean H. MacInnis Smith formally of Oak Bluffs, MA, and Berea, KY, passed away November 8th from complications after having surgery to repair a broken hip. Her family was with her as she passed very peacefully. Jean left behind three sons, Donald A. (Madeline) BenDavid, Russell J. (Sharon) BenDavid and Joseph C. (Teresa) Smith. She also left behind her only granddaughter, Erica Lynn BenDavid.
Jean had moved to Berea, KY in 1970 with her three sons and late husband, Colbert Smith. There she had another son, Hugh Jay Smith. After Colbert's passing in 1974, Jean remained in Berea and raised her four sons. Her youngest, Hugh Jay passed away in 1976. She then started to work at Dresser Industries in Berea KY, very soon after she had to move back to Martha's Vineyard to take care of her elderly parents, after their passing she moved back to Berea where she worked for Dresser Industries again until it closed in the late 90's. Jean then moved to Ravenna KY to live next to her son Joseph until her passing. Sports was her hobby; she loved to play and watch tennis, winning many tournaments. She also enjoyed watching baseball, but Kentucky Wildcat basketball was her favorite. Jean was also a dog lover. She always enjoyed visits from her "granddogs". In lieu of flowers, donations to the A.S.P.C.A. Or local animal shelter in her name would be greatly appreciated.
Her service was held privately at Lakes Funeral Home in Berea. Prayers and words of comfort performed by Brother James Tyra.

All rights reserved. This obituary is also archived at obittree.com